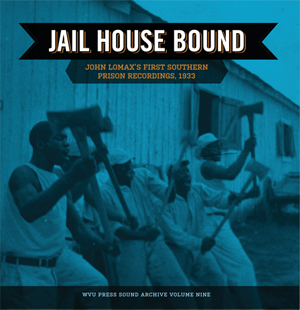 In 1933, with the support of Macmillan Publishers and the Music Division of the Library of Congress, John A. Lomax made the first of his field-recording trips through the American South. Joined by his seventeen-year-old son Alan, Lomax visited some of the most notorious Southern penitentiaries—among them Sugar Land in Texas; Angola in Louisiana; Parchman Farm in Mississippi—where he knew anachronistic strains of African American folk-song would be preserved away from the influence of the radio, the phonograph, and cross-pollination with whites. The Lomaxes recorded the songs of timber and ground-clearing gangs, chants of the road and railroad crews, solo field hollers with their roots running deep into the antebellum south; they also recorded comic songs, blues, and spirituals. By late 1934, they had recorded dozens of singers and hundreds of songs—"poetic expressions," as Lomax described them, "of pungent wit, simple beauty, startling imagery, extraordinary vividness and power."

Jail House Bound, a production of West Virginia University Press, collects the earliest of the Lomaxes' prison recordings-made between July and December 1933 in Texas, Louisiana, Mississippi, and Tennessee-and draws on new remasters from the fragile original acetate discs. The album is introduced by noted American music scholar Mark Allan Jackson (author of Prophet Singer: The Voice and Vision of Woody Guthrie).