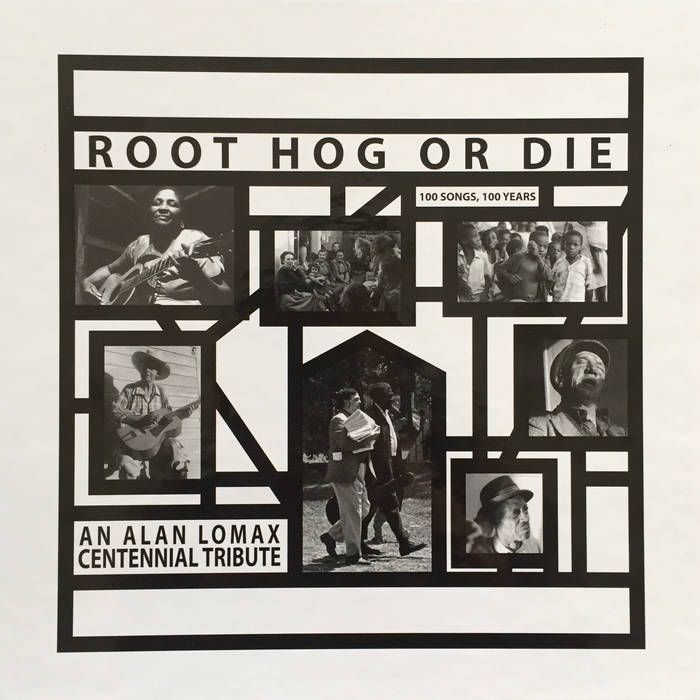 2015 marked the centennial of Alan Lomax’s birth and to commemorate it, the Alan Lomax Archive collaborated with Mississippi Records to compile this limited 6-LP box-set, surveying Lomax’s career through 100 songs gathered from fifty years of his field recordings, 1933 to 1983. Root Hog Or Die combines the famous (Jelly Roll Morton, Big Bill Broonzy, a young Bob Dylan) with the unheard (Brother Alec Stamps and the congregation of Rose Hill Missionary Baptist of Greenville, Mississippi; the women’s league of the South Hill Methodist Church in South Hill Village, Anguilla; an adolescent hambone performer in Harlem named Steven Wright) and is the most geographically and stylistically diverse compilation of Lomax’s recordings to date, including artists from India, Ireland, Italy, Morocco, Romania, Spain, and across Britain, the Caribbean, and the United States. More than half of the tracks are previously unreleased, and are accompanied in the box by photographs (many previously unpublished) and an introductory essay and recording chronology by the Archive’s curator and the set’s compiler Nathan Salsburg.