Activity #1: The Swing, the Sentiment, and the Vocal Blend

1. Listen to the first 45 seconds of the recording after asking the following questions:

2. Listen to the recording again and tap along to the beat quietly with one hand.

3. In a third listening, challenge the students to use one hand to tap the main beat and the other hand to tap along to the collective vocal rhythm.

4. Choose one verse and try to write out the words together for the whole class to see (the following verse starts at 3:10):

5. Listen to the selected verse two more times. • Ask students to select a vocal part (in the multi-part harmony) to sing quietly while following along with the text written on the board. • On the second listening, do the same exercise but choose a different vocal part of the harmony of voices to sing along. 6. Discuss how the voices interact with one another. • How do the voices blend together? (They’re singing in multi-part harmony and they draw from the same text) • How can you distinguish one vocal part from another? (Although they all draw from the same text, you can distinguish different vocal parts from one another based on the segments of text that they choose to sing and the differences in their rhythmic phrasing of that text. The timbres of the higher voices stand out in the recording as well as the long-held notes of the bass voices.) 7. Share the notation of “Tom Devil/Take This Hammer”, and ask how the graphic notation offers a difference perspective on and understanding of the song. Between listening and reading the notation, challenge students to sing the song in a well-tuned harmony and with the rhythmic swing that is evident on the recording. 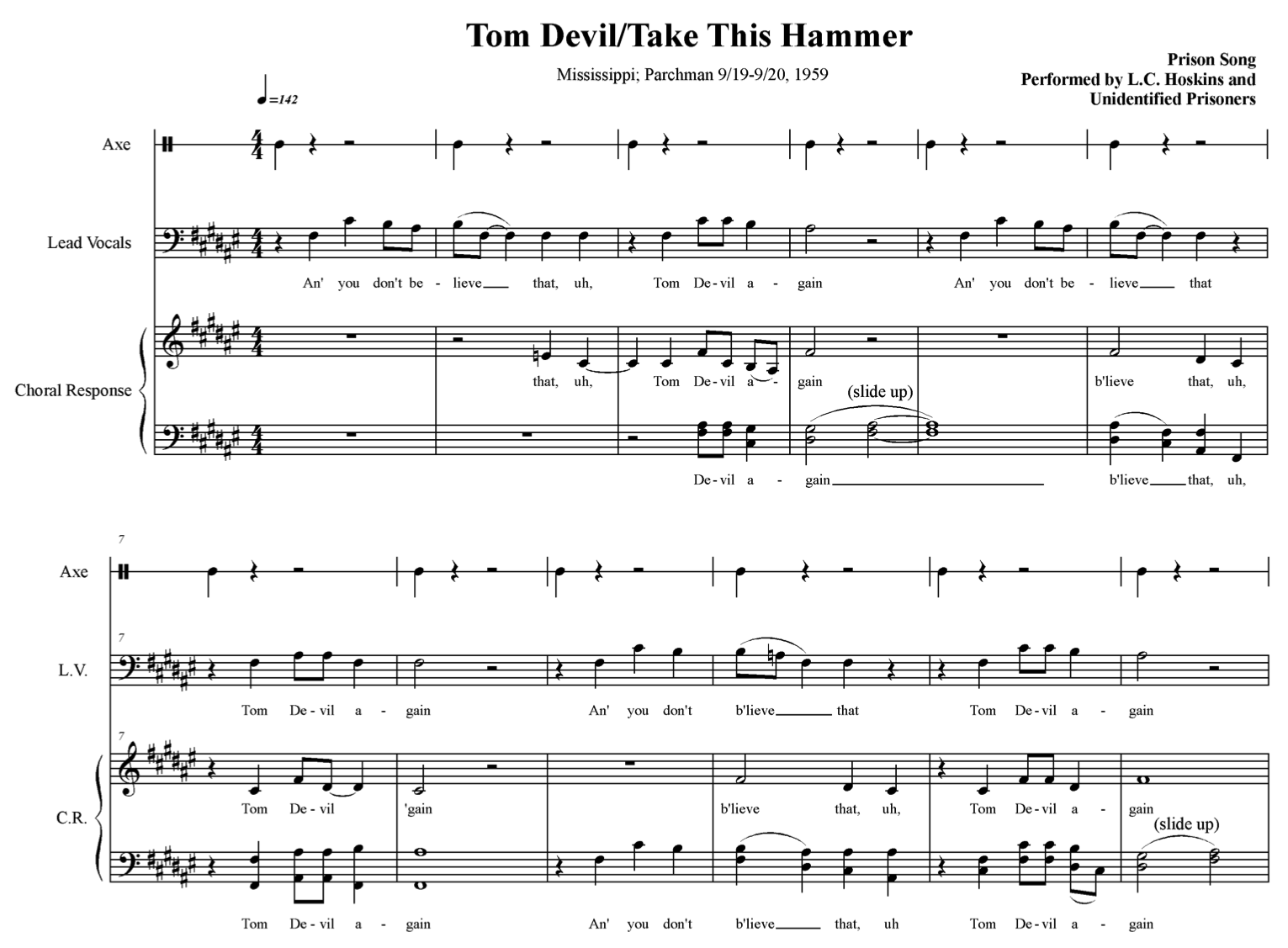 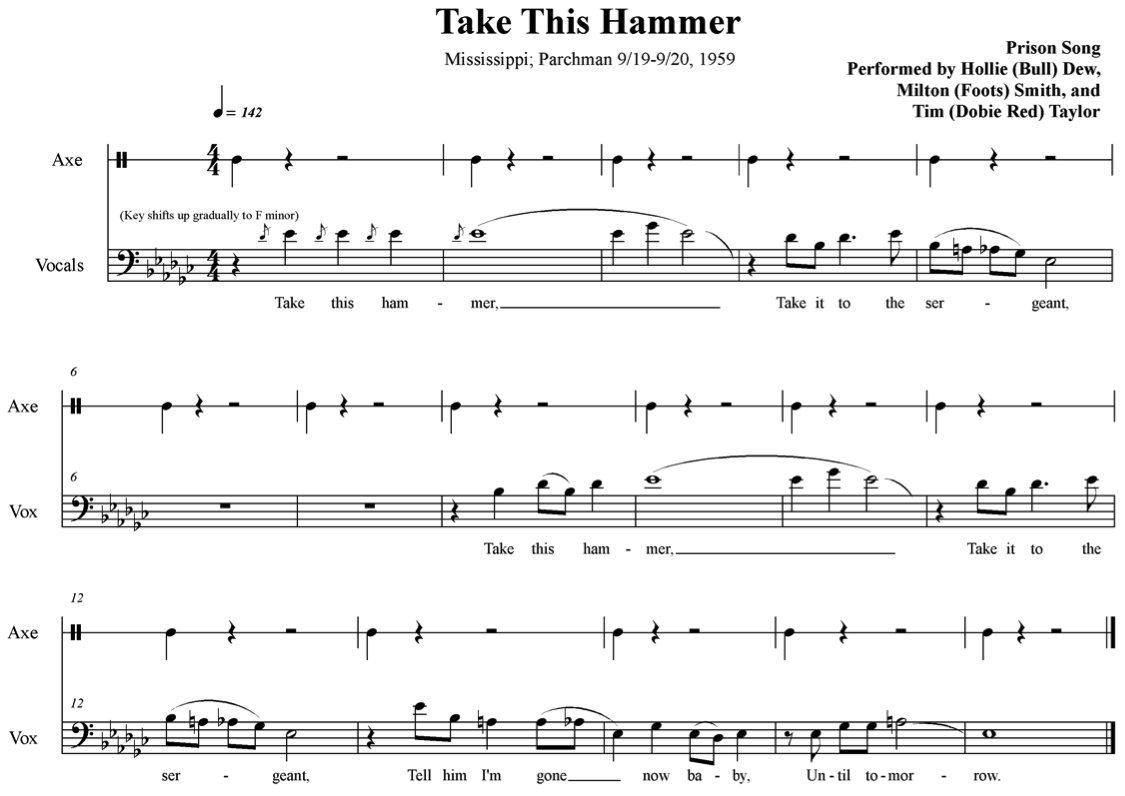 Activity 2: Meaning and Value of a Penitentiary Song

1. Offer a description and brief history of the Mississippi Parchman Penitentiary.

2. Show the class some photos of Parchmen residents by Googling “Parchman Penitentiary” or referring to Oshinksky’s book (16 pages of photographs)

3. Although you may not be able to decipher every word, listen and write down the main themes that you hear in the song. (Note that song changes around 3:50 from “Tom Devil” to “Take This Hammer” and the following themes are from the first half of the song.)
*Tom Devil is dead
*Don’t you never pray
*I been calling Rosie for 5 long years
*Write me a letter in the sergeant’s care
*She won’t write me no letters won’t send me no words
*I get my message from the mockingbird
*I make my home in Jacksonville

4. Discuss the potential meaning of some of these themes based on what you know about Parchman.
For example, asking someone to “write a letter in the sergeant’s care” may be in reference to a prisoner asking the prison authorities to send an official pardon.

5. See the coordination of song and movement in this YouTube video set in the Parchman Penitentiary in the 1970’s.