Streaming at the Library of Congress 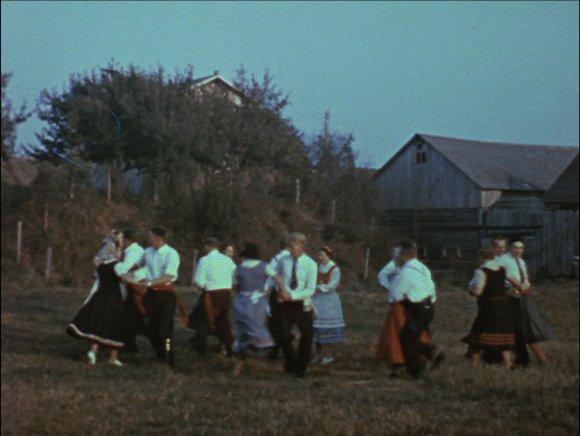 2015, Lomax’s Centennial year, has been an exciting one with regard to his 1938 recordings made in Michigan. With the support of the National Endowment for the Arts, ACE has been able to collaborate with several diverse partners to bring attention to and foster appreciation of the collection, both in the state of Michigan and far beyond it.

We are especially proud to have contributed technical and editorial assistance to our colleagues at the American Folklife Center in making the entirety of Lomax’s Upper Midwest recordings—in Michigan and also Wisconsin—available online. The complete collection audio is streaming here.

We had the good fortune to assist our esteemed friend and colleague Dr. Jim Leary with his groundbreaking masterwork, Folksongs of Another America, a book and multi-CD set released in July by University of Wisconsin Press and the Dust-to-Digital label.  With the NEA’s support we were able to apply necessary speed- and pitch-correction to many of Lomax’s recordings which, due to the vagaries of the battery-powered disc technology he used in the field, were recorded too slow or too fast. We also assumed the costs of remastering the noisy original recordings, carried out by the multi-Grammy-winning Osiris Studio in Atlanta, Georgia. The set is a corrective to the popular assumption that American folk song is a predominantly Southern phenomenon, and is sure to become an essential text for students, researchers, and fans of traditional music everywhere.

In 2013, Michigan folklorist Laurie Sommers, with partners C. Kurt Dewhurst and the staff of the Michigan State University Museum, kicked off an extraordinary repatriation tour of Lomax’s recordings called “Michigan Folksong Legacy: Grand Discoveries from the Great Depression.” The 10-panel traveling exhibition of pull-up banners, with QR codes for access to original field recordings, visited a number of locations where Lomax originally made his recordings: Mount Pleasant, Presque Isle, Beaver Island, Traverse City, Posen, Houghton, and Hancock. The tour, which continued through 2014, was favorable reviewed by nearly a dozen Michigan media outlets. For a full overview of the project, visit:http://museum.msu.edu/?q=node/1056.

ACE has, also with NEA support, engaged Dr. Sommers to compile ten multimedia lesson plans based on recordings in Lomax’s Michigan collection, to which our educational consultant Dr. Patricia Campbell has served as editor. The lesson plans are available here.