Been All Around this World 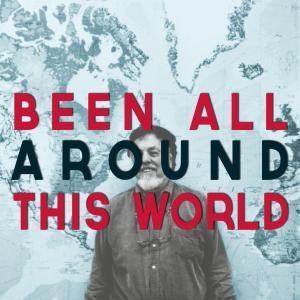 Been All Around This World is a podcast exploring the breadth and depth of folklorist Alan Lomax's seven decades of field recordings. From the earliest trips he made through the American South with his father, John A. Lomax, beginning in 1933, to his last documentary work in the early 1990s, the program will present seminal artists and performances alongside obscure, unidentified, and previously unheard singers and players, from around America and the world, drawn from the Alan Lomax Collection at the American Folklife Center, Library of Congress. It is produced and hosted by Nathan Salsburg, curator of the Alan Lomax Archive at the Association for Cultural Equity, the non-profit research center and advocacy organization that Lomax founded in 1983.

*An egregious error of chronology was made in this episode: Lomax's last shape-note recordings were in fact of the Wiregrass singers in 1983, as the Holly Springs recording took place in the summer of 1982 and not 1983 as repeatedly stated. Apologies!

An exploration of the African-American vernacular music of Tate and Panola Counties, in the Mississippi Hill Country.

In the Fall of 1959, Alan Lomax, assisted by the English folksinger Shirley Collins, undertook a two-and-a-half month field-recording trip throughout the American South. With state of the art stereo microphones and tape machine, furnished by sponsor Atlantic Records, the pair traveled through Virginia, Kentucky, Tennessee, Alabama, Mississippi, Arkansas, Georgia, and North Carolina, making over 70 hours of recordings of fiddle tunes, banjo breakdowns, fife-and-drum marches, blues, unaccompanied ballads, penitentiary work songs and field hollers, and congregational singing from raucous Pentecostal Holiness churches to the mournful "lined-out" hymns of the Central Appalachians. Along the way, they made the first recordings of such icons as "Mississippi" Fred McDowell and Bessie Jones.

This trip came to be known as the Southern Journey, and we're devoting the second season of the podcast to its music and musicians on the occasion of its 60th anniversary. This first episode is a (highly cursory) survey.

For more on the Southern Journey and the artists recorded, consider these publications:

•Lomax, Alan: "The Land Where the Blues Began"
•Collins, Shirley: "America Over the Water" (currently [2019] out of print, but being reissued 2020)
•Piazza, Tom: "The Southern Journey of Alan Lomax: Words, Photographs and Music"
•Five volumes of recordings compiled by Nathan Salsburg on the 50th anniversary of the Southern Journey. LPs issued by Mississippi Records (Portland, Ore.); digital downloads by ACE and available through the Lomax Archive Bandcamp.

And the complete 1957 BBC broadcast of “Sing Christmas and the Turn of the Year,” produced and hosted by Alan Lomax. Songs and performers listed here (although we have edited out Lomax's performance of "No Room At the Inn" for reasons [primarily] of file size). 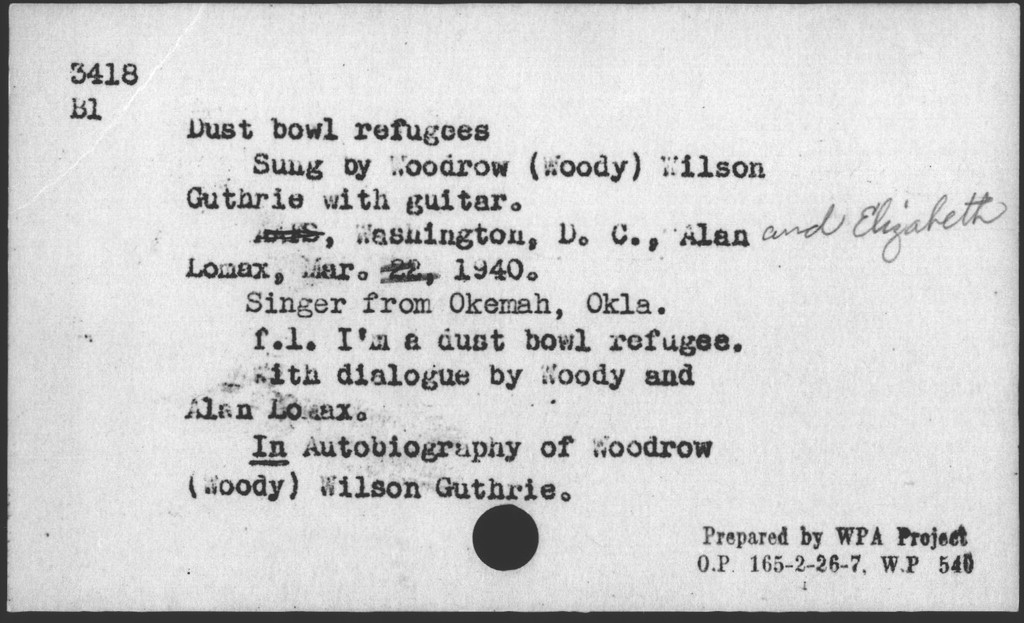 Episode 05 - Singing of the Sea

Songs from and/or of the sea (and one Great Lake), from Italy, Scotland, Grenada, the Georgia Sea Islands, and Lake Michigan. 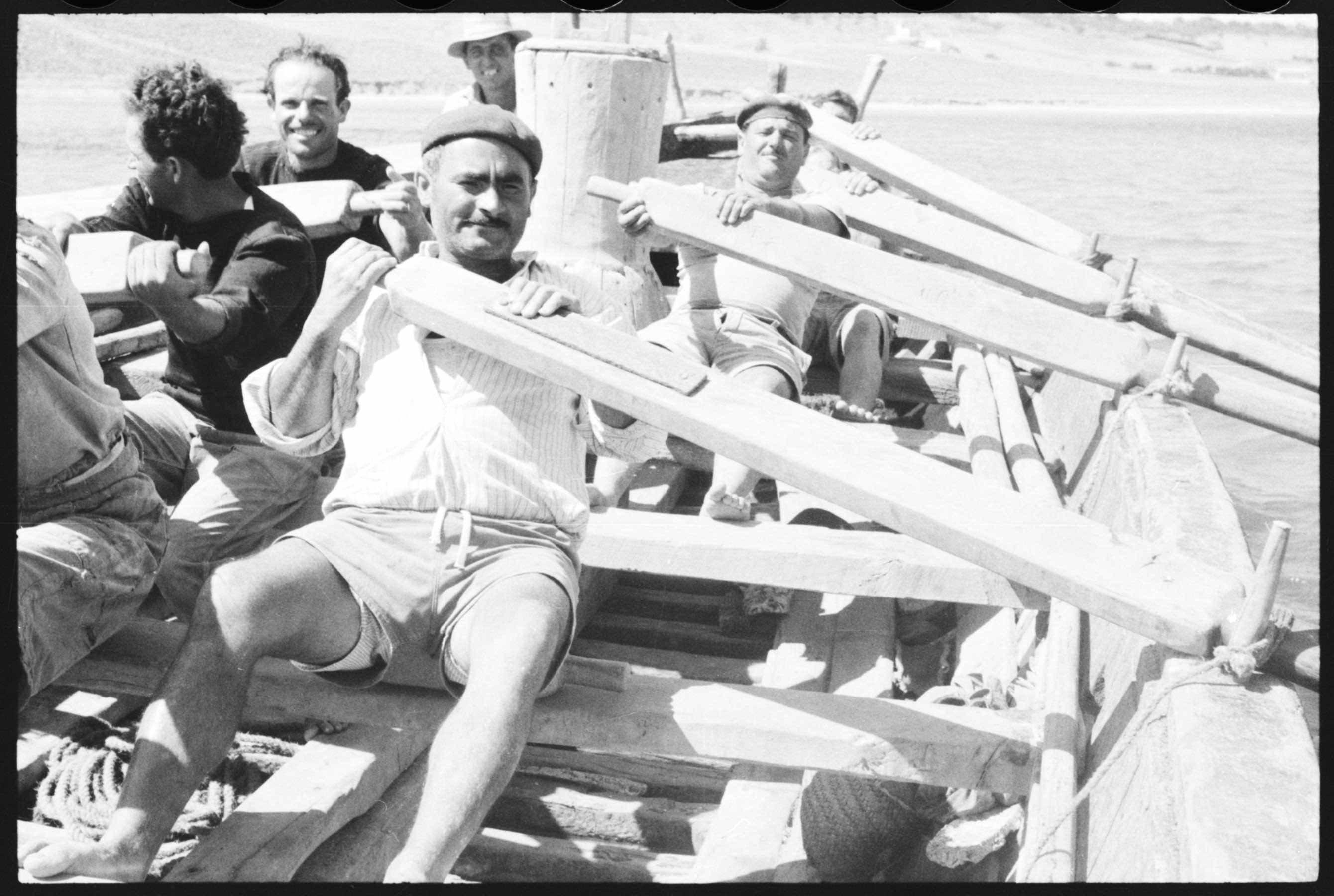 The Lomaxes are well-known for the recordings they made of artists who went on to become famous and influential figures in traditional and popular music alike: Lead Belly, Bessie Jones, Woody Guthrie, Mississippi Fred McDowell, Muddy Waters. But there are countless wonderful singers and players in the Lomax collections about whom we know next to nothing or nothing whatsoever, and this episode focuses on some of them, with music from Memphis, Cajun Louisiana, Morocco, Sint Eustatius, Romania, and two songs from the Mississippi Delta (one by way of Detroit).

*The man long misidentified as "Cecil Augusta" has, since this episode was released, been identified as Augusta Crawford! An article piecing together the few discernible details of his life is forthcoming in 2020.

Dance tunes from Arkansas, Abruzzo, the island of Dominica, Michigan's Upper Peninsula, a front porch in the North Carolina Piedmont, and an excerpt from the "Dancing Around the World" episode of Alan Lomax's 1948 "Your Ballad Man" radio show.

Episode 01 - I've Been All Around This World

In the inaugural episode of "Been All Around This World" we survey Alan Lomax's seven-decade field-recording career, with music from Haiti, Ireland, Mississippi, North Carolina, and the tiny Caribbean island of Carriacou, recorded between 1937 and 1991.

Coahama – A podcast based on the 1941 – ’42 study of music and other oral expressions conducted in Coahoma County, Mississippi by the Library of Congress (LOC) together with researchers from Fisk University in Nashville.

As a companion to our repatriation of the Historic Mississippi Lomax Recordings, a series of podcasts, hosted by blues scholar Scott Barretta, was produced in collaboration with the Delta Center for Culture and Learning at Delta State University.